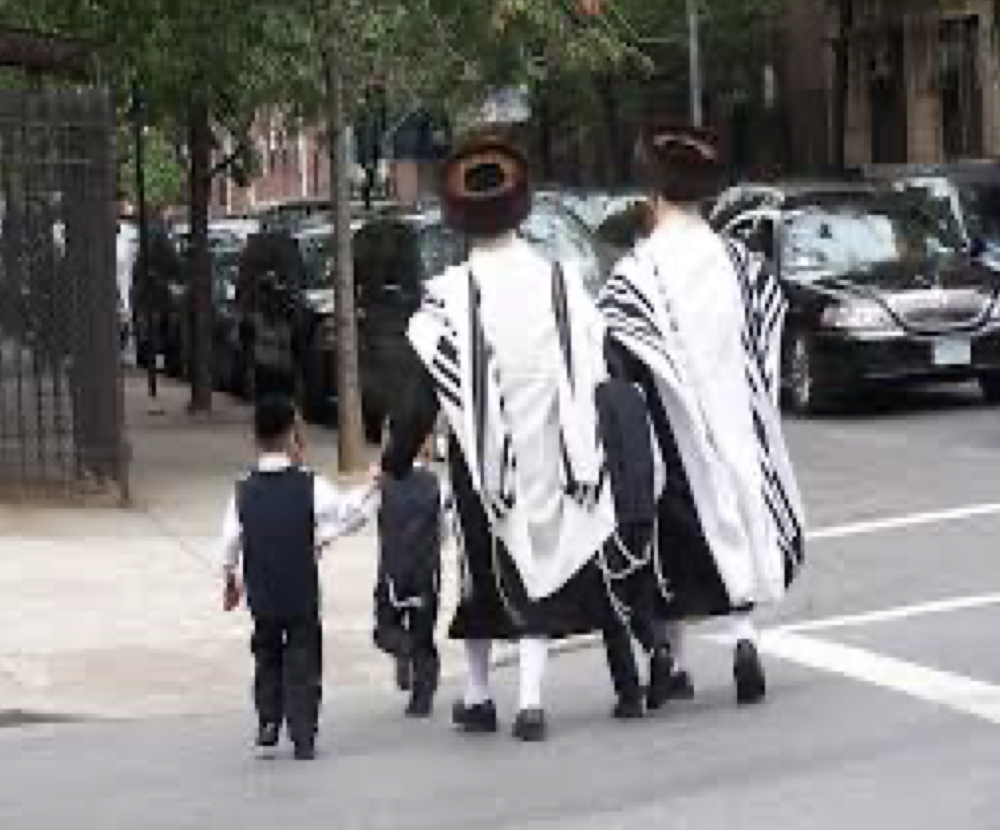 Young U.S. Jews are far more Orthodox than their parents or grandparents, a major new poll of American Judaism finds, one attribute of a devout group that is changing and becoming more visible and confident.

Pew Research Center’s “Jewish Americans in 2020,” the biggest national study of Jews since 2013, said 17 percent of Jews under 30 are Orthodox, compared with 3 percent of Jews 65 and over and 7 percent of Jews aged 50 to 64. They are the product of high birthrates and, experts say, a more engaging and somewhat less isolated culture. Young Orthodox are more Republican, more culturally savvy and — after four years of access to Trump’s White House — some say, bolder.

They are interacting far more than their elders with mainstream culture through trendy GQ-like magazines, their fandom of conservative influencers such as podcaster Ben Shapiro and an interest in secular politics. “I think what we see in this generation is it’s kind of cool to be Orthodox. I think [Donald] Trump awakened the Orthodox community to their own political power and they don’t need to be embarrassed to wield it. It’s that chutzpah he embodied,” said David Bashevkin, who writes on Orthodox culture and directs education for NCSY, a major Orthodox youth group. “They have a level of confidence you didn’t see.”

In Pew’s 2013 study, 11 percent of Jews under the age of 30 were Orthodox. Nine percent of all Jews in the new study identify as Orthodox, essentially unchanged from 10 percent in 2013.

While the Orthodox appear to be proportionally growing, Pew found even more Jews becoming more secular and unaffiliated. “Jews of no religion” — Pew’s term for people who identify as Jews and do things they see as Jewish but do not identify with the religious parts — in 2020 made up 27 percent of all U.S. Jews, up from 22 percent in 2013. These Jews are not leaving Judaism, not letting go of their identity, are increasingly welcoming and retaining interfaith Jews, and are strengthening the idea of Judaism as a civilization as much as a religion.

There are about 7.5 million Jews in the United States, up from 6.7 million in 2003, Pew found. That is 2.4 percent of the U.S. population. That in itself is news, said Leonard Saxe, who advised Pew on the study and directs the Steinhardt Social Research Institute and the Cohen Center for Modern Jewish Studies at Brandeis University.

“This is in contrast to predictions in the 1970s and 1980s that American Jews, especially the non-Orthodox, would disappear. That hasn’t been the case. American Jews continue to embrace their Jewish identity,” Saxe said, even as many do so through cultural, nonreligious means. Yet Pew documents that U.S. Jews are becoming more divergent, or different from one another. “It’s this Israeli-ization of the U.S. Jewish population,” said Alan Cooperman, director of religion research at Pew. “In Israeli society there is such a strong, vibrant secular population; they’re very Jewish but very secular. And there is a large and important Haredi community,” he said, using a term for very Orthodox Jews.

What is changing, religiously, is the moderately religious Jewish population, the liberal Jewish center, “is starting to vanish,” said Michelle Shain, assistant director of the Center for Communal Research at the Orthodox Union, a major group representing Orthodox Jews. Shain advised Pew. “To me the question becomes, what does that growing gap [between the very religious and the secular] mean? Who speaks for the interests of American Jews?” The survey shows huge percentages in each segment who say they have little to nothing in common with Jews from religiously different segments. There is polarization among U.S. Jews and among Americans overall, Cooperman said, but it works in different ways.

Among U.S. Jews, both religious poles are growing, proportionally, among the young: the Orthodox and the Jews of no religion. That said, the secular, unaffiliated and liberal segments are still much larger. Among Jews of all ages, while nine percent are Orthodox, 32 percent have no denomination and 37 percent affiliate with Reform, a liberal school of Judaism. Politically, there is a dramatic, mirrored split. Seventy-five percent of Orthodox Jews are Republican or lean GOP. People in the other segments of Judaism are 70 to 80 percent Democratic or Democrat-leaning.

While the U.S. population in general is becoming more and more politically polarized, it is less so religiously, Cooperman said. The country is getting increasingly secular and unaffiliated religiously, but there is not distinctive growth in conservative religion. Even with a major survey, Jews are a small group and Orthodox Jews even smaller, so Pew was not able to dig into why the young Orthodox are growing as a segment of all Jews. Experts say, however, it is due in part to the Orthodox’s very high birthrates and low ages of marriage and first births. It also, experts said, stems from deliberate strategies deployed decades ago by Jewish leaders, including a major investment in building parochial schools for the Orthodox and the establishment of an Orthodox kind of “gap year” tradition during which young people study Judaism in Israel before college. Studies show the number of American children in Orthodox day schools rose about 15 percent between the school year 2013-2014 and 2018-2019, Saxe said. The number is in the hundreds of thousands.

Another big factor is cultural, says Bashevkin. American Orthodox Judaism is in a period that is less ideological, more lay-led (as opposed to rabbi-led) and a bit more fluid (relatively speaking in a highly legalistic culture). It is easier than it was decades ago to be Orthodox, he said: “You give up less.” “It’s kind of the pop-culturization of Orthodoxy, which creates a very thick culture,” he said of Twitter jokes and Orthodox musicians including Mordechai Shapiro and Benny Friedman, who have music videos with dancers and album releases — staples of basic mainstream music culture that until recently were elusive in this community. This year saw the release of Mochers magazine, a GQ-like publication that includes features such as an interior designer talking about man caves and another on how to pick the right bourbon.

“I look at the political analogy: It’s a shift from the National Review to MAGA. From ideological to experiential orthodoxy,” said Bashevkin. These trends are by no means unanimously accepted; many are wary and reject things that seem too secular and materialistic, he said. While the Orthodox numbers among young Jews in the 2020 Pew survey were striking, several demographers said future developments are not possible to predict.

The Pew survey said there is also evidence that the U.S. Jewish population is getting more racially and ethnically diverse. Overall, 92 percent of U.S. Jewish adults identify as White and 8 percent identify with other categories. “But among Jews ages 18 to 29, that figure rises to 15%,” the report says. And 17 percent of U.S. Jews live in households in which one person is non-White or multiracial.

Pew also found concerns about anti-Semitism are rising: “Three-quarters say there is more anti-Semitism in the United States than there was five years ago, and just over half (53%) say that ‘as a Jewish person in the United States’ they feel less safe than they did five years ago. ”The report also showed that 26 percent of U.S. Jews said they had trouble paying for basic bills — housing, medical, food, etc. — in the past year. That number is 56 percent among Americans overall, but this fact “runs contrary to what people think about the American Jewish population,” said Laurence Kotler-Berkowitz, director of the Jewish DataBank at the Jewish Federations of North America, who advised Pew on the survey.