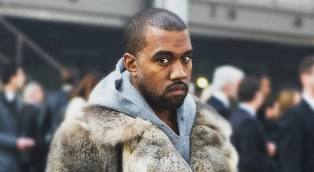 First, we see וַיַּ֥רְא אֱלֹהִ֖ים כִּי־טֽוֹב in Genesis 1:10 and then (on the exact same day of creation) we see it again — as if something unusual is happening — could this allude to a bridge out from an age-old curse?

conspiratorial views about Jews informed by the antisemite Louis Farrakhan and a hate cult called the Black Hebrew Israelites, whose worldview . . .

In Common Sense, Bari Weiss reflects on how Kanye West’s recent tirade against Jewish people is part of a new norm for American Jews. “[T]he wealthiest musician in the world appears to hold deeply conspiratorial views about Jews informed by the antisemite Louis Farrakhan and a hate cult called the Black Hebrew Israelites, whose worldview — black people are chosen by God; Jews are pretenders — is disturbingly prevalent in large parts of American culture.

“We have learned to live with the strange reality that ours is a culture in which major pop stars revise their lyrics when they are accused of committing microaggressions, but cannot muster a single tweet condemning West’s tirade. There will be no hashtags for the Jews.”

U.S. diplomat with antisemitic, racist blog still employed by State Dept.
Fritz Berggren, a foreign service officer, operates a website that urges the creation of a Christian nation-state in the U.S.

“This, to me, is so egregious, and so blatantly hate language. But I don’t know if he’s claiming that it’s his freedom of speech, or that he hasn’t threatened anybody,” a retired senior foreign service officer, speaking on the condition of anonymity to discuss sensitive personnel matters, told JI.

Officers who face disciplinary action from the department can formally challenge their punishments, and they often do. “I would suspect the State Department’s trying to avoid a lawsuit, because he will just say, ‘Those are my religious beliefs,’” the retired officer said. “It sounds like this guy is absolutely unrepentant, and then he just keeps going, which makes me think that he has figured out where the line is, that as long as he doesn’t do something or incite violence or call for an attack on … as long as [he says], ‘Well, this is just my religious belief.’