Can we as Jews live with ‘others’ telling us who we are and what we are — ‘Jewish Identity’ — Who determines it — Who defines it . . .

Too Jewish For Hollywood: As Antisemitism Soars, Hollywood Should Address Its Enduring Hypocrisy In Hyperbolic Caricatures of Jews 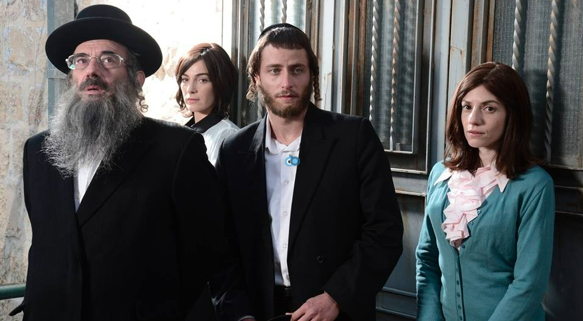 Several years ago, a non-Jewish film producer turned to me and announced, casually and with an air of arrogance and ignorance reserved particularly for bigots, “Jews control Hollywood.”

He assured me this was a compliment, as many antisemites are wont, trotting out Neal Gabler’s seminal text on the subject, “An Empire of Their Own: How the Jews Invented Hollywood,” as evidence. But it was clear that said producer had either never read Gabler’s book, or missed one of its key points entirely: the founding producers of the film biz were Jewish, most of them Eastern European immigrants, excluded and ostracized from virtually every other industry in America.

William Fox, Carle Laemmle, Louis B. Mayer — they created Hollywood out of collective necessity, a decidedly human desire to realize the American Dream. They were not wanted anywhere else. But if these pioneering studio heads were Jewish, the majority of directors, writers and actors were not. Preston Sturges, Frank Capra, John Ford, Howard Hawkes — these were the artists largely shaping early 20th century cinema in the U.S.

If Jews controlled Hollywood, it’s fair to say this would not be happening.

There are anomalies, and those, too, deserve mention. Israeli actor Shira Haas, who earned an Emmy nom for her role in “Unorthodox,” will play Golda Meir in the upcoming small-screen drama “Lioness,” which Streisand is set to executive produce. And then, there is “Shtisel,” the Israeli TV series so meticulous in its nuanced, understated, realistic portrayal of Jewish life — that it revolves around a Haredi family living in an ultra-Orthodox Jerusalem neighborhood detracts none from its universality; it’s a commercial hit in places ranging from Stockholm to Paris — it’s of near-miraculous proportions. Why? Because “Shtisel” never panders to Jewish stereotypes. Its characters are Jewish, they are played by Jews (albeit secular ones, which goes even further to prove my point) and its plotlines unfold in ways that, while adhering to the laws and traditions of ultra-Orthodox Jewry, never once undercut the impenetrable humanity of its protagonists. They are Jews, but they are people.

The Jews just are.

Hollywood has a social responsibility to reflect with unflinching accuracy the experience of being an ethnic minority in America, whether Asian or Black or Muslim or Indigenous, and that same social imperative holds true for the Jewish community. Because being Jewish is not about a wig or an accent or talking really loud. It’s not about bagels. Being Jewish is about a shared history, a soul, a spirit — in Hebrew we call it a neshama. Amidst the terrifying rise of antisemitism, Jews in America do not feel safe. And in truth, we never have. The ways in which we are portrayed on screen yields significant real-life consequences—some positive, but far too many dangerous. The last thing the Jewish community needs right now is hyperbolic misrepresentation of who we actually are.

Not so boring if you bear in mind that ceding ‘identity’ and definitions of Jews and Judaism to ‘others’ has rarely, if ever, worked out so well for the Jewish People.