Notes of Lot as a resident alien, a slavery like no other and an attempt to violently change the United States Goverment — a Modern Merism — i.e. ‘from the highest levels down to the rank and file thugs who stormed the Congress . . .’

Are these people our partners in America’s future? Are we to engage in dialogue and extend forgiveness and understanding to these men? Are there consequences which are more ‘just’ than simply an ‘understanding of the other’ and ‘an extending of forgiveness?’ Or is there a ‘justice’ priority in judgement and accountability which now must be paid?

Unfolding events of this past week were exceedingly disturbing to America as a whole and to the Jewish community in particular. We have historically understood and reassured ourselves, from well before the Founding, that our contributions to America have ensured us of our rightful place in American society, enduring now for close to 250 years. Currently ‘memory’ is a commodity in need of renewed study, especially as societies who forget history are, as they say, doomed to repeat it.

For the Jewish people, our particular assurances are in part predicated on the Founders having understood themselves to be the-then-modern-day-Israelites fleeing tyranny and seeking religious freedom here on these shores. First, for the Colonists and then later for the Founding Fathers, their own ancestors’ flight from the religious and national Pharaonic-like tyrants of Europe resonated as the despotic English and European kings were known to be. The Founder’s reliance, on both Hobbes and Locke and in turn, their reliance on Spinoza’s writings all made manifest in the United States Constitution and importantly, in the Federalist Papers, all were more than ample evidence that the Jewish presence in America was to be both welcomed and protected. Slowly building up over time, all of this can now be called into question in these current times — times in which new events are rapidly unfolding before us. 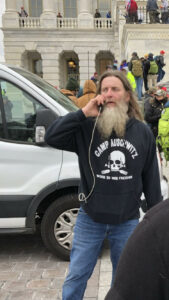 The full extent of Hamilton’s Yeshiva education has yet to be fully explicated and yet was of no small influence on Hamiton’s thinking and hence on the soon to be framed documents of our republic. By the time that George Washington writes his letter to the Newport (Sephardic) congregation it is already a settled matter that the Jewish presence in America is enshrined and welcome. And yet, lingering is the question as to why the letter had to be written in the first place and given what we now know, why do we continually cite it and rely on it even and especially when we think ourselves assured of our rightful place in American society? This can be cited as a certain insecurity, at best.

Is it perhaps out of an internal fear that without the letter, without our participation in the founding, without our support, that we might just be something more akin to temporary residents with temporary rights, again at best. This is not too unlike the status we have lived with and endured throughout our wanderings in Europe during the roughly two millennia since our dispersal from the Land of Israel and our subsequent migrations.

Here, the experience of Lot comes to mind when the townspeople discover that he has guests — guests he both shelters and simultaneously attempts to protect in his own house.

Of special note is their reaction not to the strangers, but to Lot . . . . and while they are not considered the most moral and ethical of men (irony), still they are the citizenry and the very mob that storms Lot’s sacred house. They say directly to each other and to all of posterity: ‘This one fellow came in to sojourn, and he will needs play the judge; now will we deal worse with thee, than with them.’